So if you’ve read my last post, you might have noticed a small plate of Kimchi lurking in the corner. To be precise, it was a plate of Mat Kimchi, which really just means that it was pre-sliced. I’ve always only needed sliced kimchi so this is just common sense (I told you I’d find all the shortcuts). It’s also a lot less work to make them pre-sliced, in my opinion anyway.

If you don’t already know what kimchi is, it’s korean brined cabbage. Whenever someone here asks me, I say it’s korean pickles for ease of explanation. Anyhoooo, it’s most commonly made with Napa cabbage and radishes but you can make it with a number of different vegetables. In fact, they do. You can find cucumber kimchi, bean sprouts kimchi, carrot kimchi, radish kimchi and the list goes on. It’s said that there are 187 varieties of Kimchi……that’s a lot of Kimchi. You can’t blame them though, it is such a versatile dish. Not only can you eat it on its own, but it lends itself to so many other mouth-watering dishes. Kimchi Bokkeumbap, Kimchi Jigae and Kimchi stir-fried pork just to name a few.

Apparently there are two ways to make kimchi. One is with a rice flour slurry while the other is without. It seems that the former is the more traditional method but you should know by now that I will ALWAYS take the easier route. This recipe is dead easy. It’s literally chop, soak, blend and mix. I’ve adapted the original recipe to use ingredients that are more readily available, i.e. me not having to make a trip to the asian grocer’s.

My Kimchi is usually left to sit in the kitchen at room temperature for about three days to ferment before I move it to the fridge. I’ve read that the juice could overflow from the fermentation and you could end up with a huge red mess, but this has ever only happened to me once and that was when I filled the container all the way to the brim. So I recommend filling your containers only to about an inch below the brim and placing the container on a plate to catch any escaping liquids. Some people say that you need to fill it to the brim or the kimchi will spoil. Not true. As long as the kimchi is kept submerged in its juice, you’re gold. Besides, how do you expect to keep it filled to the brim and eat it too? Obviously, you still need to check your kimchi every time before using it. If you see mould, toss it! If it tastes funky, toss it. If it’s giving you the runs, toss it. It hasn’t happened to me yet in all the five years (woahhhh….) that I’ve been making my own kimchi and I hope it never will. 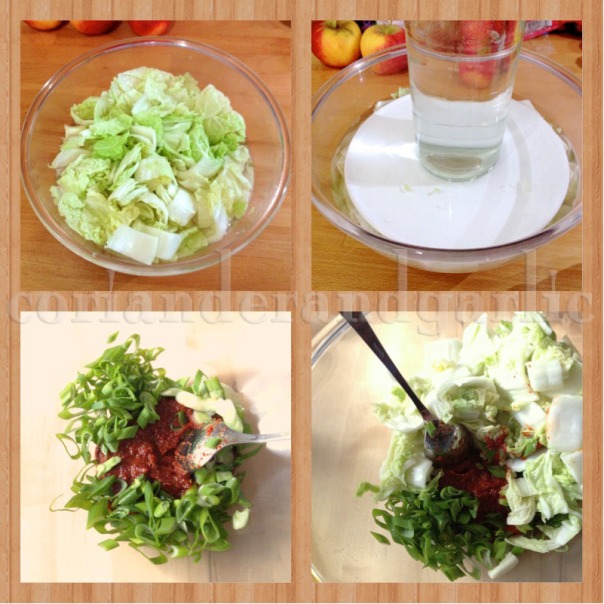 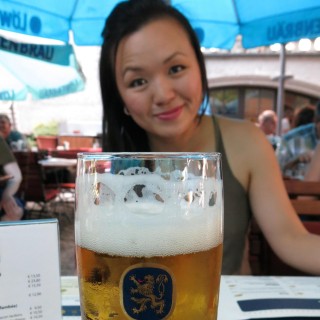